TORONTO —
Police say an arrest has been made in connection with a fatal hit-and-run in Mississauga on Friday morning.

Police say 45-year-old Penny Cousard was operating a motorized wheelchair in a bike lane in the area of Dixie Road and Lakeshore Road East shortly before 7 a.m. when she was struck by a southbound Honda Civic.

The driver, police say, did not remain at the scene.

In a news release issued Saturday, police confirmed that the vehicle was subsequently recovered in the area of Ogden Avenue and Lakeshore Road East in Mississauga and the suspect, a 56-year-old man from Mississauga, was arrested on Friday.

The driver has been charged with failing to remain causing death and dangerous operation of a vehicle.

He was held for a bail hearing and is scheduled to appear in court in Brampton later today.

Police have not released the name of the suspect.

On Friday, several people told CP24 that Cousard lived in the area and was often seen using her mobility scooter along Dixie Road. 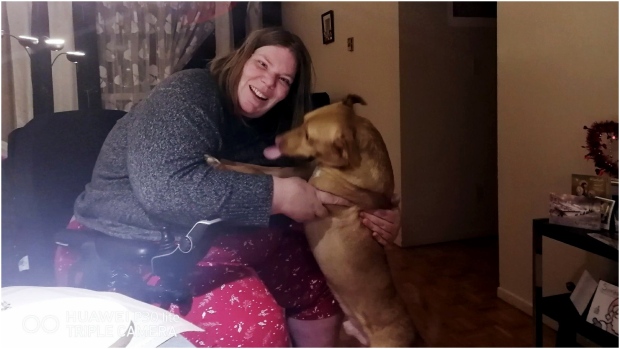 One neighbour described the deceased as a “really kind person” who “loved animals.”

“She would always stop everybody with their dogs and say ‘Oh puppy, bring the puppy here’ and love them up,” the woman said.